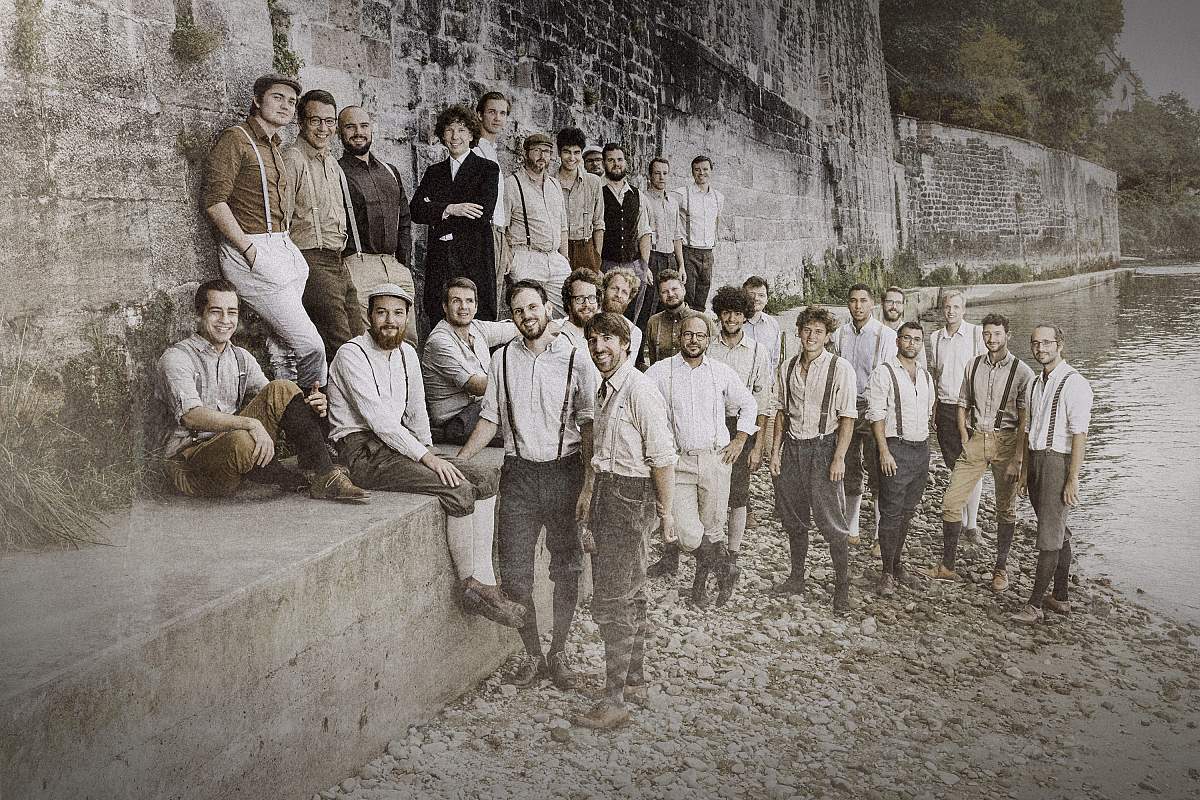 Knickerbockers, a pair of braces, and corduroy jackets: the antiquated look of the Männerstimmen Basel choristers is in stark contrast to the youth of these lads and their fresh performances.

Aged between 18-32 years, they have impressed audiences and juries in their home country, Switzerland, as well as abroad with their musical performances. For example, they have won Gold medals at the World Choir Games, the Olympic games of choral singing, in Riga (Latvia 2014) and Cincinnati (Ohio 2012), and also the prizes for the best Swiss choir and the best male choir at the Montreux Choral Festival (Switzerland 2012). Moreover, the Männerstimmen Basel were recognized with the "Fleischmann International Trophy" (Ireland 2011) for the best interpretation of a contemporary piece.

This energetic choir combines passion and ease, both on and off stage. Having a laugh together is just as important as rehearsing and performing. Thanks to the sponsorship by a local brewery in their hometown Basel, the choristers' supply of amber nectar is ever flowing.

In concert, however, everyone is focused and attentive to the instructions of conductor Oliver Rudin and vice-conductor David Rossel. The choir performs a large repertoire of sacred and secular music from all epochs along with folk songs, and contemporary classical literature with ardour and style. The two conductors carefully select the pieces to satisfy the choir's high standards. Each year, the choir awards a commission to well-known contemporary composers (e.g. Rudolf Jaggi, Gion Antoni Derungs, Hans-Martin Linde, Javier Hagen). Ready for any challenge, the choir also revisits unknown and long forgotten music.

Even though the registered society Männerstimmen Basel (literally translated to "Men's voices Basel") was established only 7 years ago, the choir's musical roots reach far beyond that, as many of the members have a past in diverse choral ensembles. The choir was founded by former choristers of the boys' choir Basel (Knabenkantorei Basel) in 2008. Since then, the choir has performed all over Switzerland, in Estonia, Latvia, Macedonia, Ireland, Slovenia, and the United States.