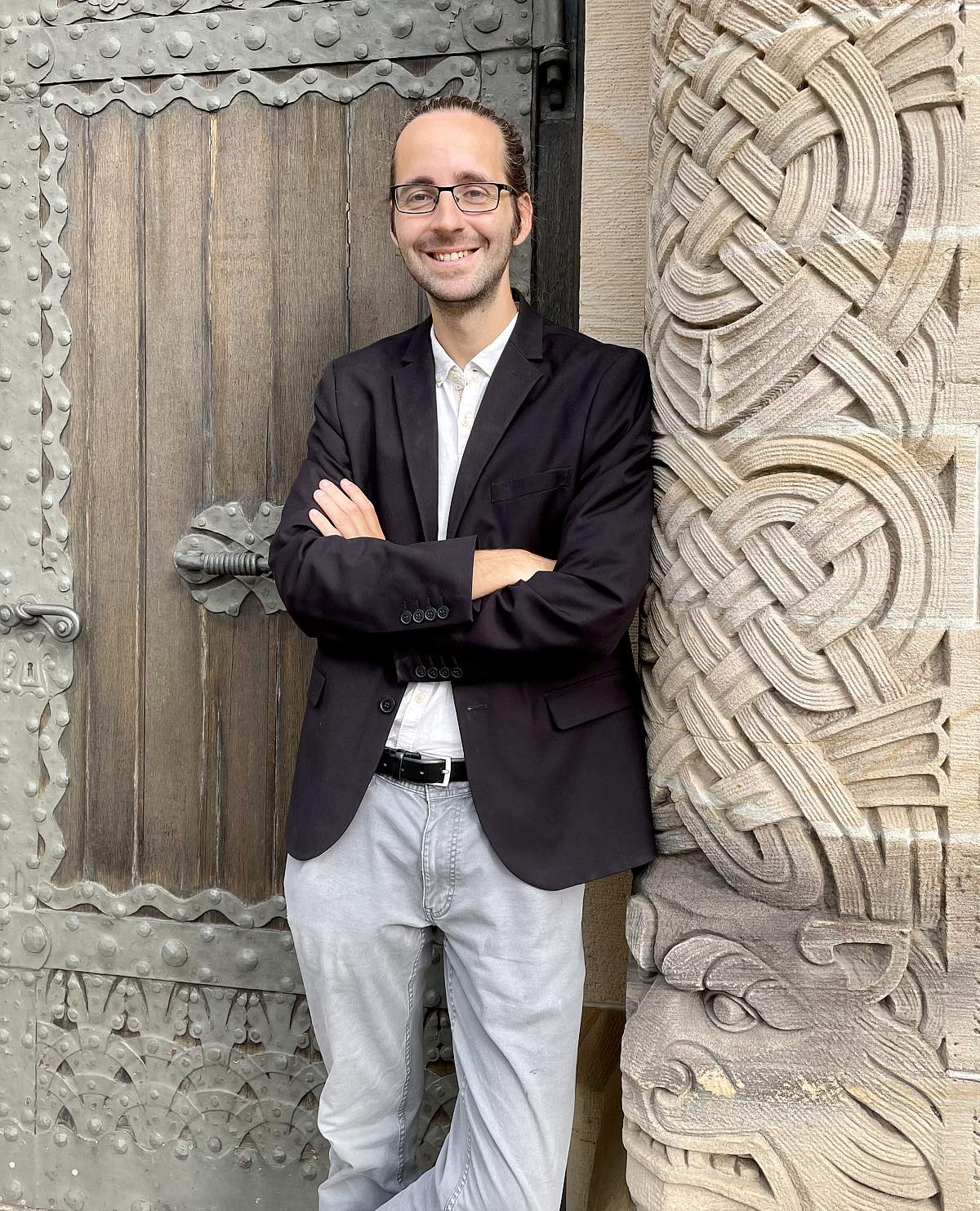 The musical career of David Rossel (born 1988) began at age 8 when he joined the Basle Boys’ Choir; under Beat Raaflaub he developped a broad interest in music and planning, receiving individual training. Besides the choir, he entered the stage of Theatre Basle in several opera productions as soloist („Macbeth“ and „The Magic Flute“, amongst others).

David studied Musicology and History at the University of Basle as well as Choral Conducting at Zug Music School; in addition, he enjoyed private conducting and composing lessons from Balz Trümpy, Ernst Pfiffner and Rudolf Jaggi. As a conductor, he took master classes with Brady Allred and Ben Parry; his composition studies were deepened in a summer school at Conservatoire russe de Paris.

For many years now, David has been directing choirs in the Basle area. He currently acts as a choirmaster of Cecilia Choir Aesch and vocal ensemble „Voices“ of Münchenstein Music School. In 2008 he co-founded the award-winning male choir „Männerstimmen Basel,“ where he has been vice conductor and, since 2022, main conductor. In 2012 he directed the Swiss premiere of Mendelssohn’s Humboldt Cantata for male choir and orchestra. In 2015 he was appointed musical director of Vocalino Wettingen.

As a composer, David has written works commissioned by various groups, such as Basle Boys’ Choir, baroque ensemble Voces Suaves, „syndicats“ choir and the Rudolf Steiner School Argovia. As an arranger, he arranged classical and pop songs for artists such as the „Basler Blechbläser“, „Six Chicks a cappella“ and several carnival performances. In 2012 he was commissioned by a cappella band The Glue to adapt a number of their songs for choral use; they were published along with a lead sheet collection and premiered at Theatre Basle.

By publishing two musicological editions and co-founding the Hans Huber Society, David illustrates his desire to promote the works of forgotten and, in particular, Swiss composers of the 20th and 21st century. Throughout his activities as a conductor, he is especially committed to the work of Werner Wehrli, Adolf Brunner and Gion Antoni Derungs.

David is also acting as a culture manager: In autumn 2010 he procduced the University of Basle’s 550-year jubilee concert. He further improved his culture management skills as a member of the European Festival of Youth Choirs committee and as manager of several Basle Boys’ Choir concert tours (France, Ukraine, Kosovo/Serbia, Canada). For „Männerstimmen Basel“ he organised the concert series „VOLKHORN“ and „pílagrímr“ which have been, or will be, released on CD. Furthermore he acted as manager of their concert tours to England and Faroe Islands/Iceland.